HAMMER OF THE GODS

All sound samples were produced by
micing a Victoria Victorilux amp.
The guitar used was a Telecaster
using the Bridge Position with a
Fralin Blues Special pickup.
No other effects were used

Hammer of the Gods is an all hand made limited edition sonic replica of the legendary Sola Sound Tone Bender MKII. This pedal absolutely reeks of retro mojo. It is capable of slipping into a sea of gorgeous feedback, as well as cleaning up nicely when you back-off on the guitar's volume control.

I started playing guitar as a kid back in 1979. In 1980, a buddy of mine introduced me to Led Zeppelin. From that point on the impact of Jimmy Page on me was huge and there was no turning back. I became quite obsessed with trying to nail down JP's tone. The Sola Sound Tone Bender MKII was a big part of his tone on those early Zep records and with the Yardbirds. To that end, Hammer of the Gods has been a true labor of love, and many years of research has gone into understanding how to achieve the signature tone of the MKII. Please check out the sound samples above and you will hear that Hammer of the Gods does just that!

An enormous amount of time, effort and pride goes into each and every individual unit, and it starts with transistor selection. We weed through many transistors. Each one goes through a battery of tests using a combination of science coupled with our ears. Through this testing we are able to identify appropriate sets of NOS germanium transistors, and properly set them up to produce the correct tone and sustain. The particular model of transistor will vary depending upon availability, but most unts are made with either Mullard OC76 or OC75, Tungsram AC125, or Newmarket NKT274. 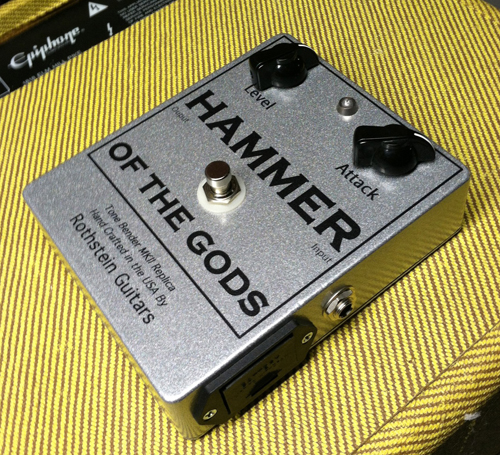 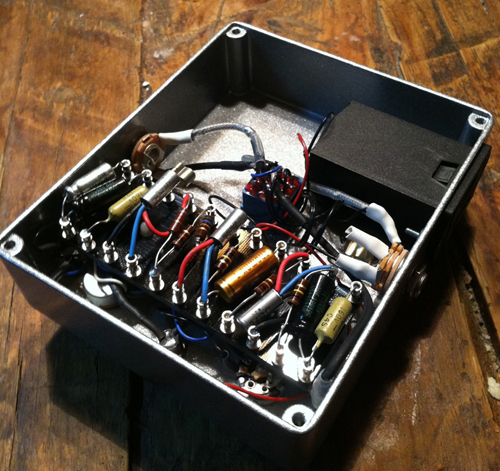 Hammer of the gods comes with an easy access side mounted battery drawer depicted below. We prefer not to add a power jack to this pedal since it is reverse polarity (positive ground), so sharing a power source with another pedal can cause all sorts of problems, and accidental use of the wrong power supply will surely damage the rare NOS transistors. Furthemore, adding a power supply can add some AC noise and can therefore have some negative affect on the tone.

As a player, I insist on having an LED for live playing situations. The obvious negative of an LED in a pedal that does not use a AC power supply is that it will drain the battery considerably faster than if the LED was ommitted. To manage this, we provide you with two solutions to minimize the battery use: 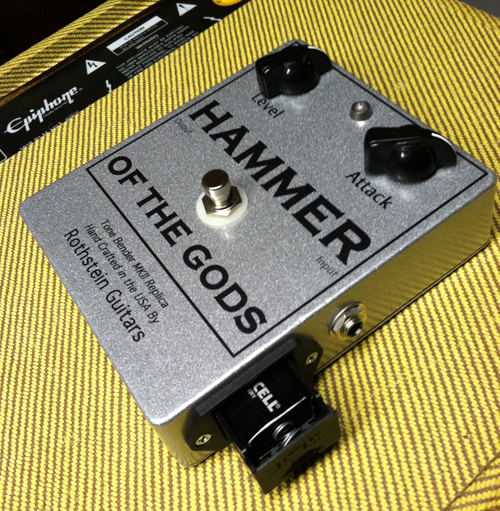 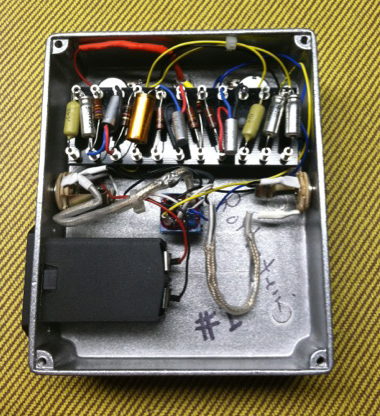 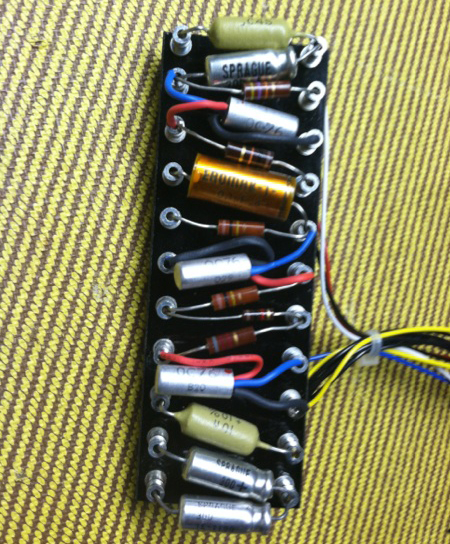 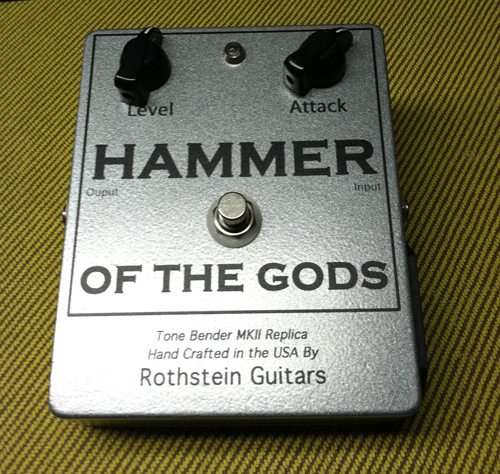